In the fashion industry, aftercare is rarely talked about. Clothes are made without considering how they will need to care for and disposed of. Consumers evaluate sustainable products only in terms of satisfaction, performance, value, and environmental benefits (of their production process) and claims made on the package labels. However, the environmental concern in use and disposal behaviours do not receive much attention.

Considering that there are between 80 to 100 billion pieces a year produced, the environmental impact of post-purchase garment care cannot be underrated. According to the Fashion on Climate report, clothing care accounts for around 23% of a garment’s total carbon footprint, while the fashion industry as a whole is responsible for 4% of emissions globally equivalent to the combined annual GHG emissions of France, Germany and the UK.

Understanding how your behaviours, chemicals and other ingredients can affect the planet can help you make informed decisions and lower your carbon footprint. With this our new series “Love Your Clothes” we will discuss and share our knowledge of how we can care for and cherish our clothes to lower your impact including mending and keeping whites white. In this introduction article, we will focus on the environmental impact and what kind of changes you can make to enjoy your clothes sustainably.

What are the negative impacts of garment care on nature?

The idea persists that washing clothes somehow renews and refreshes, but in fact, it’s quite destructive. The annual footprint of a household’s newly bought clothing, along with the washing and cleaning of its clothes, is estimated to be equivalent to the: carbon emotions from driving a car for 6,000 miles and water needed to fill over 1,000 bathtubs.

Laundry detergent has contributed to environmental pollution ever since it was invented during the early 20th century. The majority of laundry detergents contain substances known to pollute the environment such as Nonylphenol ethoxylates. According to the U.S. Environmental Protection Agency, it also affects human development and reproduction.

Some chemicals including sodium perborate and other bleach detergent products can irritate the nose, eyes, lungs and skin and might affect reproductive health. Some dyes such as carcinogens used in laundry detergents are toxic to fish and other aquatic life.

We could not write an article about sustainable garment care without discussing microplastics. They are so small that no filter inside washing machines can catch them.

In 2016, research was done to see how many of these fibres could be shed in the wash. They fitted a front-loading washing machine with a special filter to collect tiny fibres. They tested swatches of three types of fabric: a polyester-cotton blend T-shirt, a polyester hoodie, and an acrylic sweater. After a few washes, the acrylic fabric shed the most, followed by the polyester, and then the poly-cotton blend. In a typical wash, acrylic fabric could shed 700,000 fibres. Another research estimated that 1 million fibres could be released from washing polyester fleece.

These tiny plastic particles can find their way into marine life and accumulate throughout the food chain. Seemly, whenever scientists look, they’re finding plastic fibres contaminating the environment. Plastic textile fibres are the dominant source of plastic pollution found in surveys. A 2017 report estimated about 35% of the microplastics that enter the ocean come via synthetic textiles.

Additionally, the single-use thick plastic containers that detergents come in cause harm as well. Some are made of non-recyclable containers which are destined to end up in a landfill. Once they end up in landfills, they will continue decomposing into microplastics for hundreds of years. The issues with dry-cleaning are worth its individual blog post since there’s so much to discuss. As a part of this Love Your Clothes series, we will publish an article focusing solely on dry-cleaning soon so please stay tuned!

The dryer is one of the most energy-intensive appliances in your home. Drying on clothes rack is definitely the best way to reduce your carbon footprint as well as extend the life of your clothes.

Choosing air drying over tumble drying has the potential to reduce an average household’s carbon footprint by 2,400 pounds a year. Astonishingly, with an average household using their table dryer 20 times a month, the carbon dioxide emitted from just one tumble dryer a year is more than a tree can absorb over the course of the first 50 years of its life.

Tumble drying can change the texture of your clothing, causing it to shrink, fade, and even lose strength. Researchers washed and dried cotton towels for 20 cycles, and they lost 50% of their strength. After only 20 cycles, the fabric became twice as easy to tear. 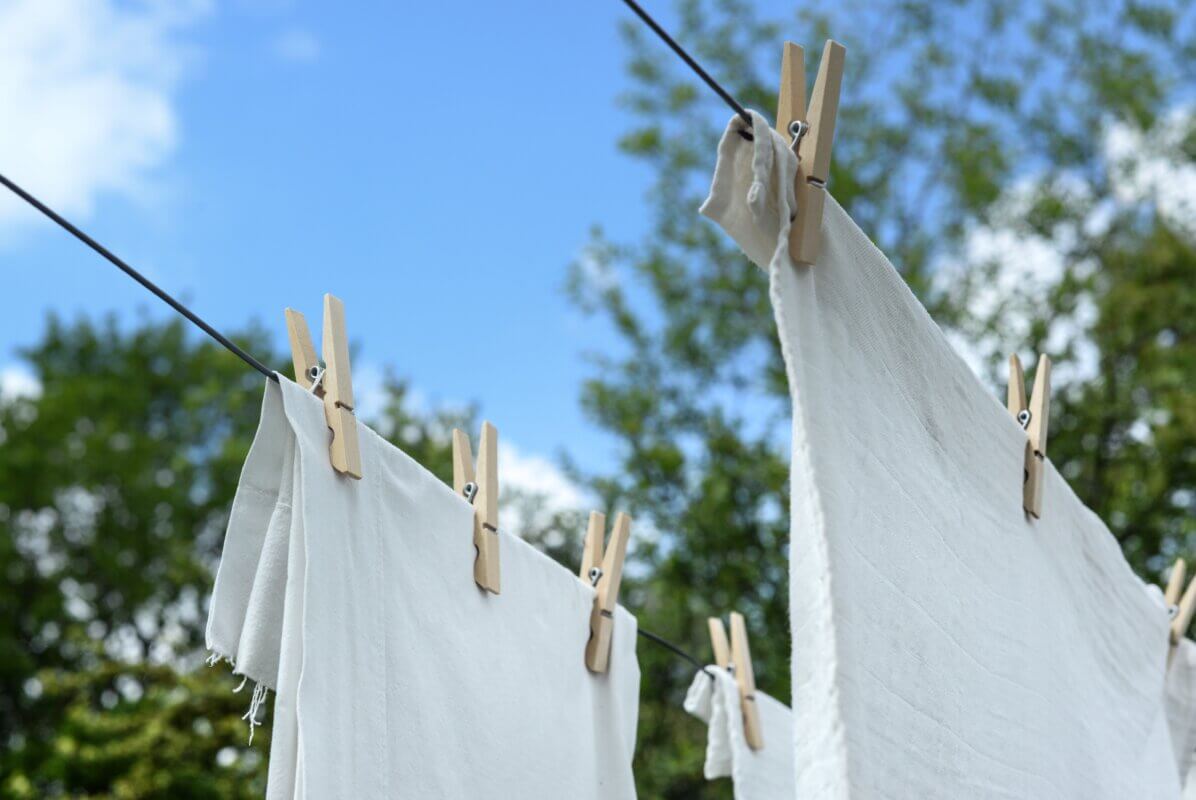 It has become common practice to shop for clothes on daily basis. In Germany, production of clothing has continued to slowly decline since 2010, but consumption has been slowly but steadily increasing over the past decade: total expenditure on clothing and footwear rose by an annual average of 0.5% between 2010 and 2019.

The average lifespan of a high street garment is just 7 wears and as a result the average wardrobe size has quadrupled since fast fashion became the norm.

Consumers do not only discard a garment when it fails to satisfy our expectation or utility of the product has been exhausted but only because it’s no longer in trend or people have seen them wearing it.

Increasing recycling and collection could drive annual emissions abetment of around 18 mission tonnes which would reduce incineration and landfill, moving the fashion industry towards a closed-loop-recycling (CLR) operating model. Disposal of products by selling gives supplementary earnings to the consumers. CLR is crucial in order to achieve circularity.

Currently, less than 1% of used products are recycled back into the industry’s value chain. To achieve accelerated abatement, the development of sorting and textile blend identification technologies, higher incentives for brands to enable CLR, and consumers to support this adoption.

In the ideal world, all governments and companies provide information about reuse and recycling and motivate consumers to adopt green post-purchase behaviour. Governments should also provide an organised disposal system that allows consumers to dispose of textiles without damaging the environment. Unfortunately, it is not the reality yet, but sustainability issues are attracting increasing attention on executive levels and policymakers with regional and national authorities trying post-Covid recovery efforts to sustainability objectives.

A fashion supply chain traceability pilot study has led to the introduction of the world’s first intelligent sorting system for textiles in Germany. A charitable collection organisation in Augsburg, Aktion Hoffnung, is leveraging Circular Fashion’s identification technology to streamline how they collect and sort through goods.

There are numbers of small changes you can make to how you take care of your clothes to reduce your environmental impact. 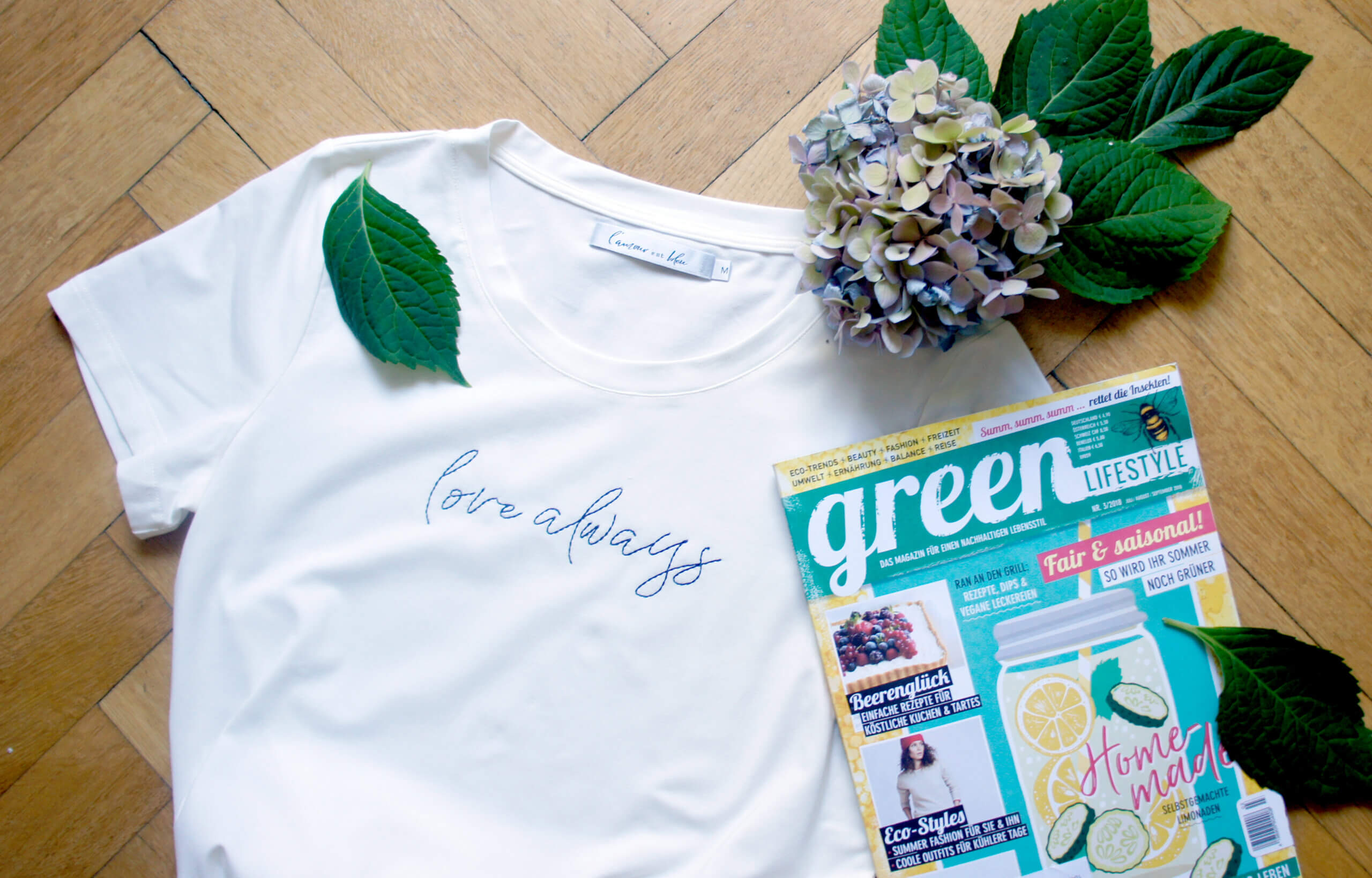 What can we do better?

Simply reducing the washing and drying could deliver 186 million tonnes of carbon emission reductions, if consumers made changes in their behaviours such as skipping one in six washing loads, washing half of the loads at below 30 degrees, and substituting every sixth dryer usage with open-air drying. This also requires brands and retailers to offer better care instructions and sustainable and durable material choices.

“The rule is you do not clean it. You let the dirt dry and you brush it off. If you don’t absolutely have to clean anything, don’t clean it. I wouldn’t change my bra every day and I don’t just chuck stuff into a washing machine because it’s been worn. I am incredibly hygienic myself, but I’m not a fan of dry cleaning or any cleaning, really.” – Stella McCartney.

When washing clothes that contain synthetic fibres, you can use Guppyfriend bag to stop the microplastic fibres from entering the waterways. You can also use environmentally-friendly detergents, finding them is getting easier nowadays. Even if you cannot find one at your nearby supermarket or drug store, there are several brands offering sustainable detergents online such as Klæny, Being environmentally conscious extends to our disposal activity. A number of factors can impact the length of a garment’s life and its environmental footprint. These factors include how owners look after their clothes, willingness to wear the same clothes for a long time, design features such as durability of its fabric or classic cuts that are versatile and never go out of style, and consumers’ ability to mend their clothes.

It would be wise to purchase not so trend-led garments to never go out of style. Minimalistic design is always the easiest way to ensure that it goes well with other pieces you own especially when layering, but it doesn’t mean you should only wear plain, boring outfits! You can still play around with prints, and volume, there are no limits in fashion! 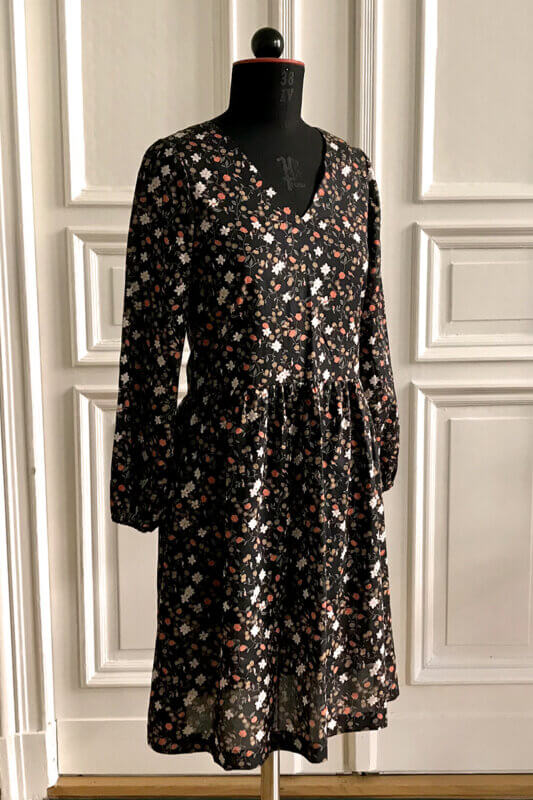 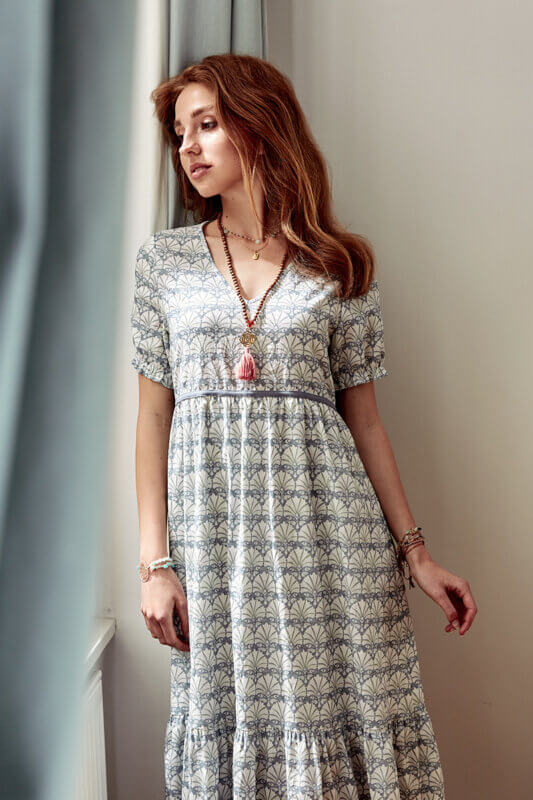 To help you make your clothes last, we are also planning to publish an article focusing on how to mend your clothes, so please stay tuned for that, too!

An analysis found that to align with the 1.5 degree pathway, by 2030 we need to live in a world in which one in five garments are traded through the circular business model.

The best thing to do, after all, is to buy less. The Jump, a charity organisation from the UK that encourages consumers to try six shifts to protect the earth and live with joy, suggests buying only three new pieces of clothing a year. If that’s too much of a change to make, you just start by making the clothes you already own last longer. Let it be by simply continuing wearing them or selling them second-hand. What’s important the most is that they won’t end up incinerated or in landfills. And love your clothes ideally a lifetime long. 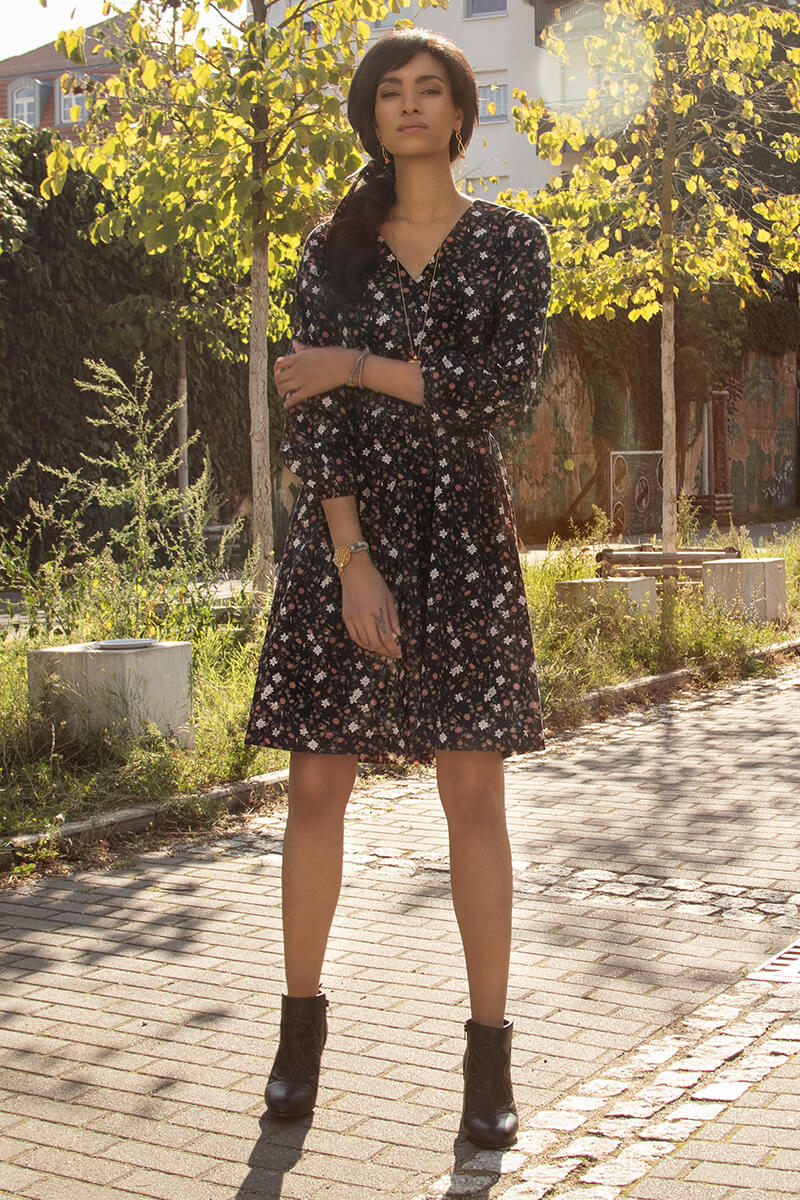 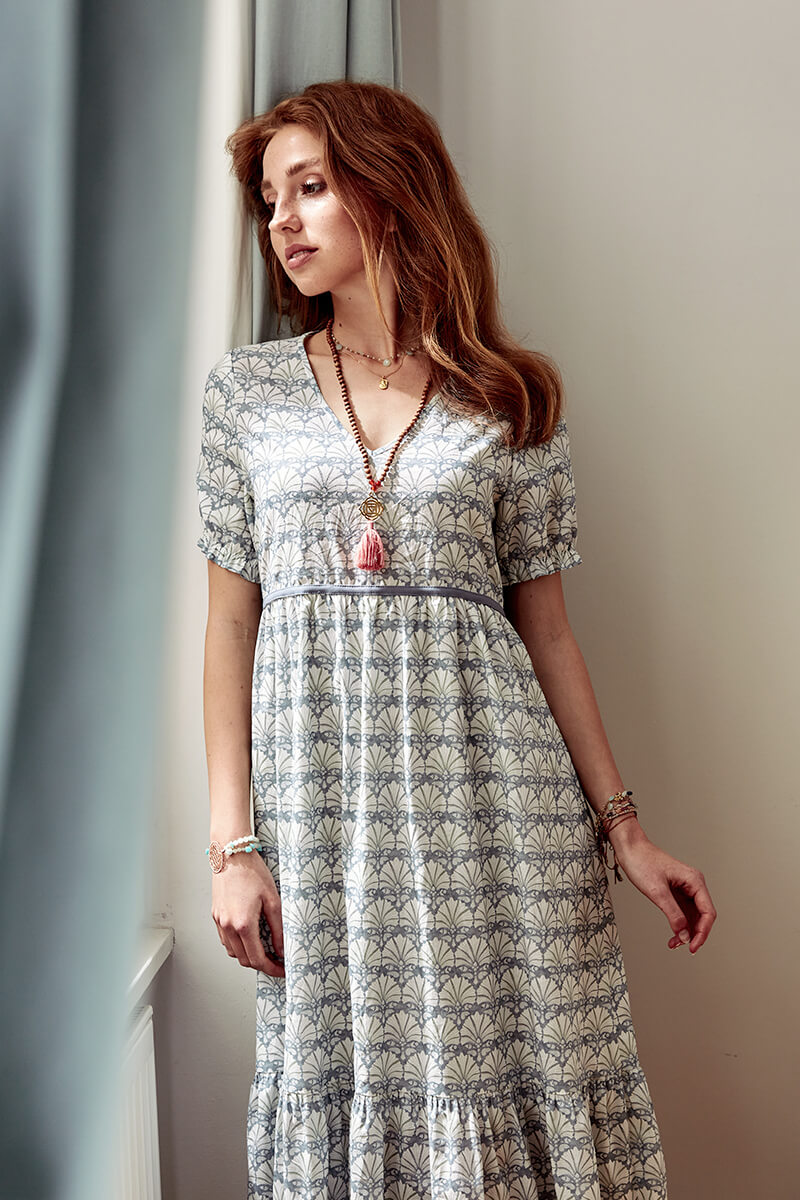 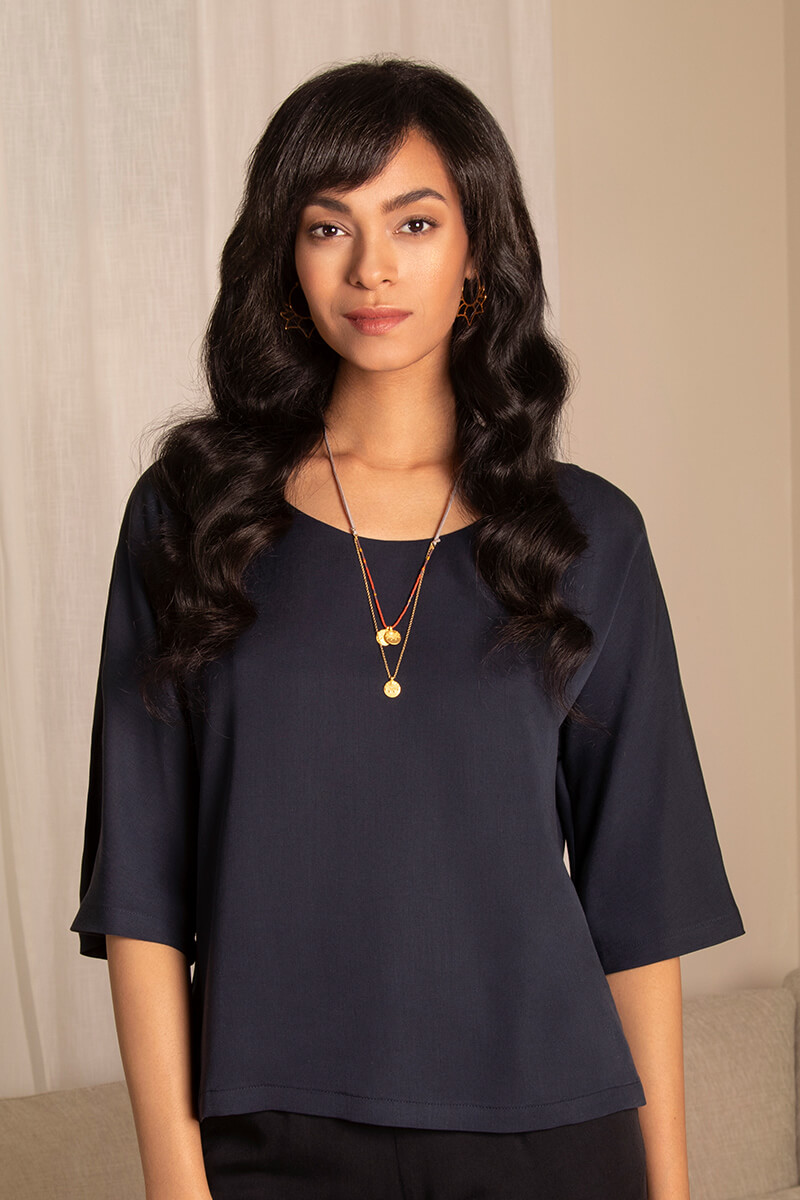 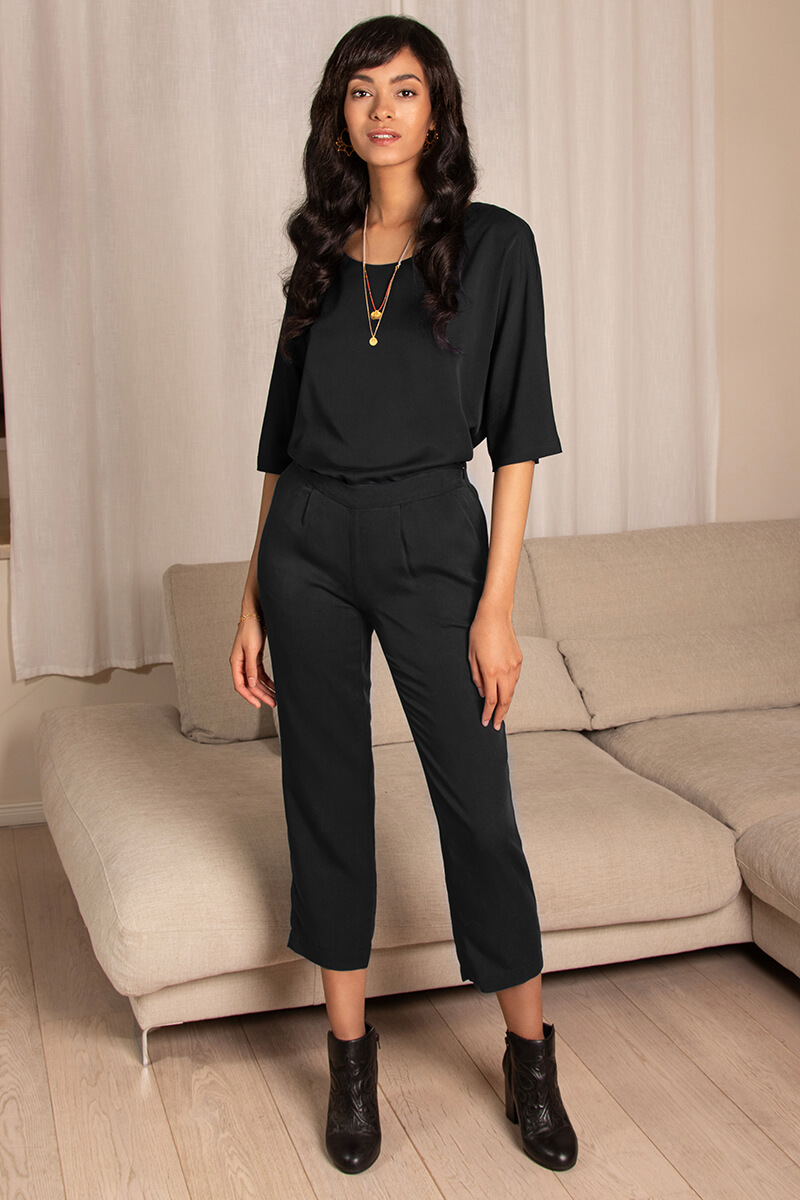 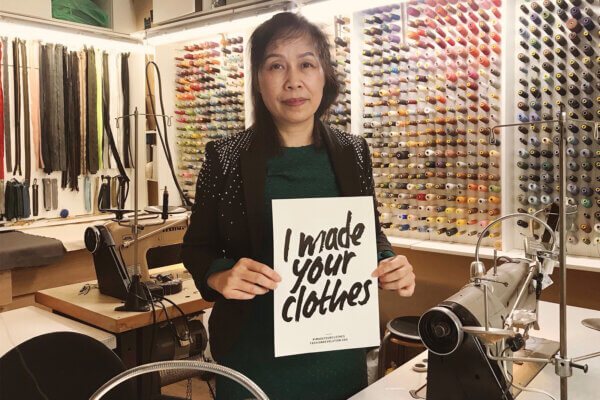 Who made my clothes: Fair Fashion Made in Germany

Who made my clothes: Nachhaltige Mode Made in Germany 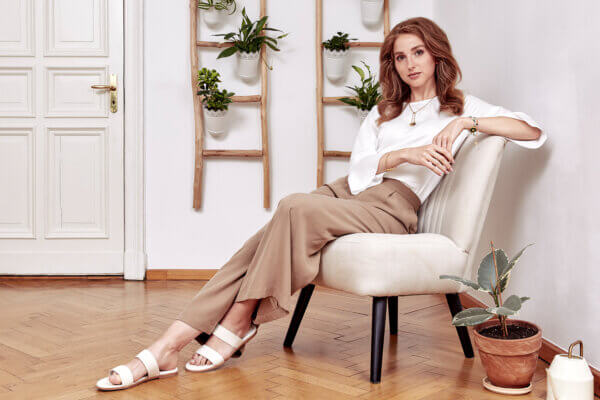 How Can Fashion Industry Make Progress in Sustainability in 2022