“These measures should apply to the brands and other entities that produce and also distribute and sell fashion goods, accessories, fine jewellery and watches, luxury lifestyle products in the Russian market. Showing your conscience and choosing humanity over monetary benefits is the only reasonable stand one can take in confronting the violent behaviour of Russia. Moreover, Vogue UA appeals to the global fashion industry to not keep silent during these dark times as it has the strongest voice. Vogue UA encourages its partners and colleagues to join this call for action.”

Russian President Vladimir Putin’s aggression also threatens the global sustainability agenda, with harsh consequences for the entire planet. Already, the Covid-19 pandemic redirected global attention and resources away from the targets enshrined in the 2015 Paris climate agreement, as countries focused on their immediate public-health needs.

As Russia is one of the world’s largest producers of oil, gas, and commodities, it can be naturally expected that the massive and universal effort required to address the world’s climate crisis would also be swept up in the maelstrom. This raises the question of whether the war and its aftermath will prove to be a limited detour from the previous path of net-zero transition, or a true fork in the road and a far more consequential redirection.

Before the war began, Russia accounted for 35% of gas supplies in Europe and 12% of the world’s oil. Coupled with the highest rate of inflation seen in decades, the war has caused the energy prices to skyrocket and demand for a switch to renewable energy has surged.

It seems clear at this point the war will complicate the transition’s path in the short term. In the longer term, however, the logic of energy security and economics could converge to kick net-zero transition efforts into higher gear. Bold moves would be needed at unprecedented speed to boost energy-efficiency measures and adopt renewable-energy alternatives to fossil fuels. If adopted, such actions could drive net-zero technologies down their respective cost curves and build a pathway to faster decarbonisation in other regions.

To improve our chances of salvaging the sustainability agenda, we must recognise the concerns and imperatives raised by the current crisis and adjust our approach accordingly. That means making our approach to environmental, social, and governance (ESG) issues both more holistic and more granular. 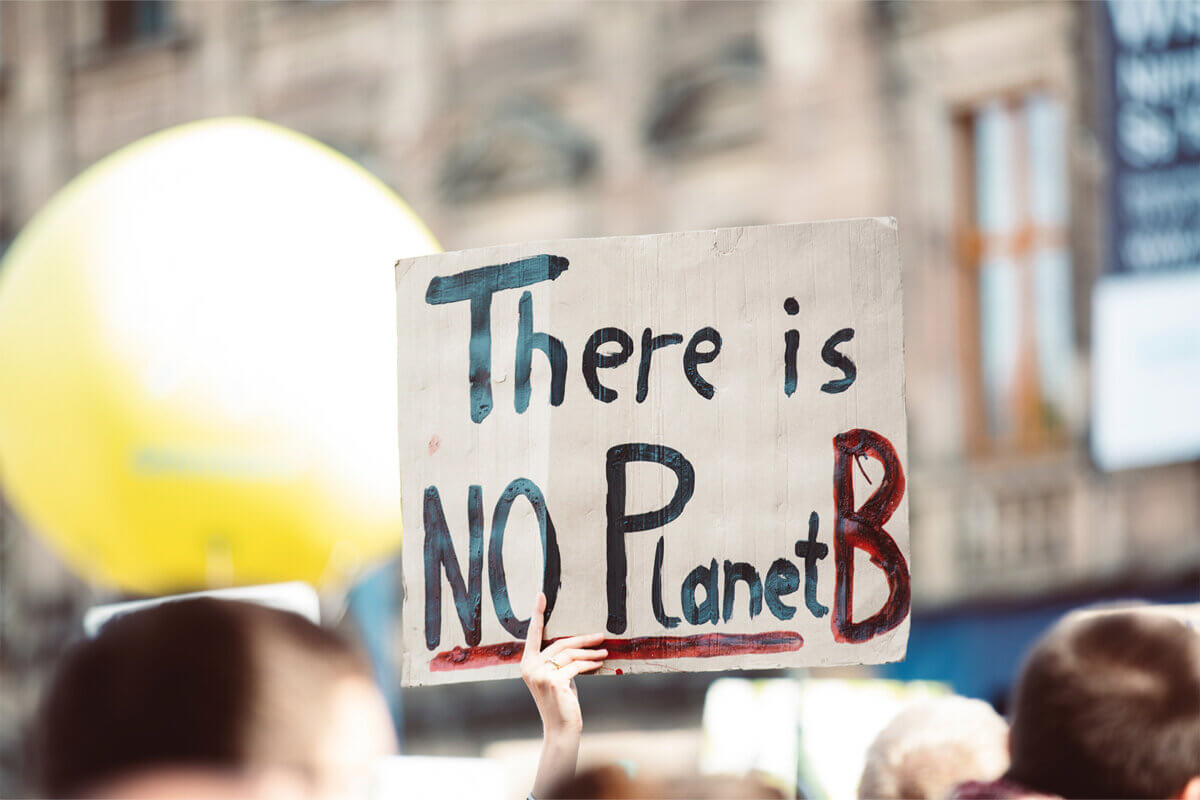 For starters, any discussion of energy policy must now account for both the non-negotiable target of reaching net-zero carbon dioxide emissions by 2050 and the need to deliver energy security and ensure social cohesion. If energy policies focus only on security concerns, they are likely to undermine the sustainability agenda.

Even before the invasion, despite the rising tide of public- and private-sector commitments made in 2021, the world was not on a path to achieve net-zero greenhouse-gas emissions by 2050. Indeed, if all existing commitments were achieved, the world would still fail to stabilise global warming temperatures at 1.5˚C.

Moreover, most of these commitments were not yet backed by the required financial resources and execution plans.The conflict has added further credence to the argument for transitioning the energy system to one based on affordable, renewable, and reliable power.

Ukraine has invested in nuclear power and now it accounts for more than a half of the country’s energy. However, the Chernobyl nuclear tragedy in 1986 highlighted the risk of this form of energy. Since the war broke out, people have been speaking about nuclear power plants as a rapid solution, but it should not be a long-term solution. France is currently planning to construct 14 new nuclear plants by 2050.

Lucy Shea, CEO of change agency Futerra, urges companies and countries to invest in small-scale renewables and mass electrification instead. “We need a diverse grid where everyone is their own supplier, decentralised from powerful people colluding to drive war and exacerbate climate change,” she says.

The European Commission aims to reduce reliance on Russian gas by two-thirds by the end of 2022, and become fully independent from all Russian fossil fuels by 2030. We should not depend on Russian energy that comes with more death in Ukraine. The transition to renewable energy is not happening fast enough. Fossil fuels, another unsustainable energy source, still account for 85% of the global energy mix.

The agriculture and the food industry – energy-intensive sectors that have far-reaching effects on biodiversity – were always going to play a key role in the net-zero transition. But the Ukraine war has shown that any strategy for mitigating these sectors’ environmental impact must also recognise the need to ensure food security, such as through the diversification of supplies.

Meanwhile, Ukraine is already affected by climate change – heavy flooding in the mountains, milder winters, and the water scarcity in Crimea has been an ongoing source of conflict between Ukraine and Russia. Now, the forest fires caused by the war are affecting the country’s carbon sink.

For the fashion industry, as the price of oil and gas rises, the cost of the production of raw materials is also likely to rise, especially for petroleum-derived materials such as polyester, acrylic and nylon. Production of plastic-base fibres for textile uses an estimated 342 million barrels of oil every year. Considering what happened during the pandemic, the risk is that brands will push these costs onto suppliers, leaving garment workers to suffer the consequences.

Freight costs have already multiplied during the pandemic, rising fuel costs will only put more pressure on shipping and logistics which eats into margins. Brands must reconsider their geopolitical relationship and reflect on how their supply chains link to the continuing bequest of colonialism.

Meanwhile, the Ukrainian fashion community is using its international connections to support the information campaign to spread awareness about the impact of the Russian invasion. All Ukrainians would like to see stronger sanctions and they desperately need information support. As Russia continues to attack civilians and peaceful cities, not only strategic military objectives, they want the world to see the reality of the war that’s happening in their home. Endless airstrikes, long stays in bomb shelters, enemy sabotage, attempts to leave to safer regions, and death of loved ones.

Business has been put on hold for all Ukrainians, including fashion agencies and brands. Even while moving around bomb shelters, the Public Kitchen, PR agency based in Kyiv, its team is working to raise awareness and international support for Ukraine. Their frontline is informational. They want Westerners to talk about Ukraine as much as possible. 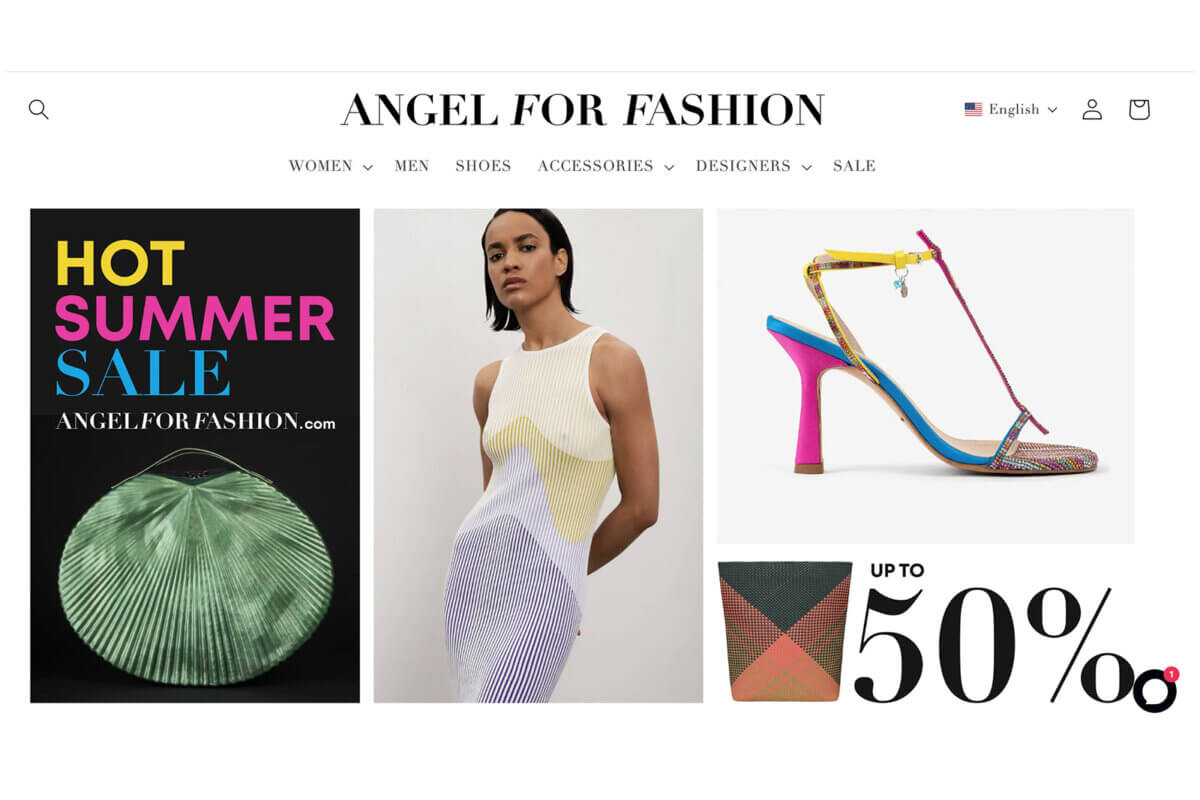 If you’d like to support Ukrainian fashion designers check out Angels of Fashion, an e-commerce site that hopes to bring Ukrainian designers to all around the world – except Russia. The website allows you to shop with confidence knowing you are supporting these designers during this war crisis. 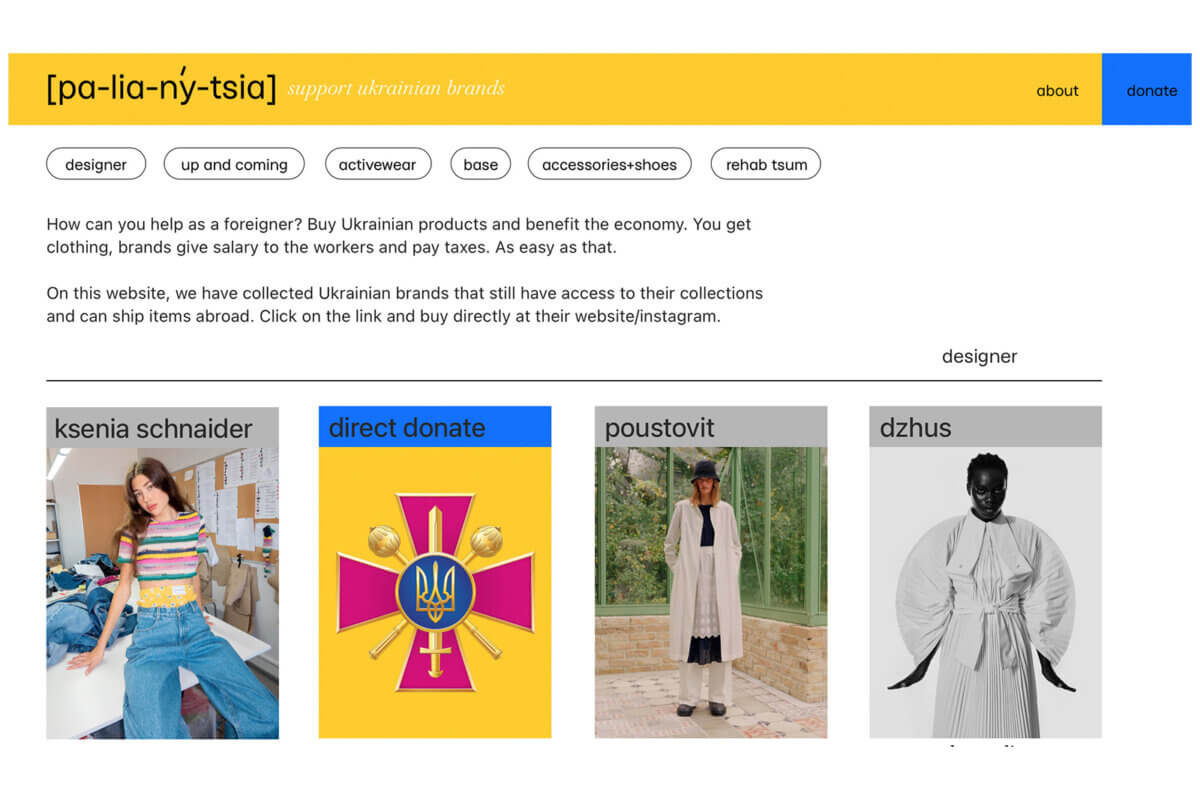 Palianytsia is another website that aims to support the Ukrainian economy, named after the check word ‘palianytsia’, which is hard to pronounce for Russian occupiers. Ukrainians ask soldiers to spell the word to check if they are Russians. ‘Palianytsia’ is the name of the traditional bread in Ukraine.

The website notes, “Due to the war in our country, many businesses have paused: some have their productions in hot spots, some can no longer financially support employees. The purchasing power of our population has greatly decreased: Ukrainians live in wartime and their needs have drastically changed. Thus, we want to introduce Ukrainian talents to people all around the world. … Instead of producing new collections, many of them started to sew armor vests for the territorial defence soldiers.” Some profits go to humanitarian aid and defence of Ukraine. The site also contains a section for direct donations.

The war in Ukraine is a wake-up call for all of us. We have a very slim chance of building a climate resilient, sustainable future. With this war, the chance is getting even more slimer.

This war  is a fight for democracy and for freedom. All Ukrainians are fighting for the whole world and the world has no right to stay aside nor remain quiet.

The fashion industry has a role to play in increasing the awareness of the climate crisis and its potential solution. The war should be a provocation for individuals in fashion to reflect on how much of its production and activities are necessary. Brands and creative directors must use their power to influence consumer sentiment and their behaviours as well.

According to the IPCC report, behavioural change has the potential to reduce global emissions by 40-70% by 2050. Because how we live, work, eat and travel influences the health of the planet. It might be scary and overwhelming to think about everything that’s happening now, but keep in mind that if our behaviour can harm the planet, then our behaviour can also help it. 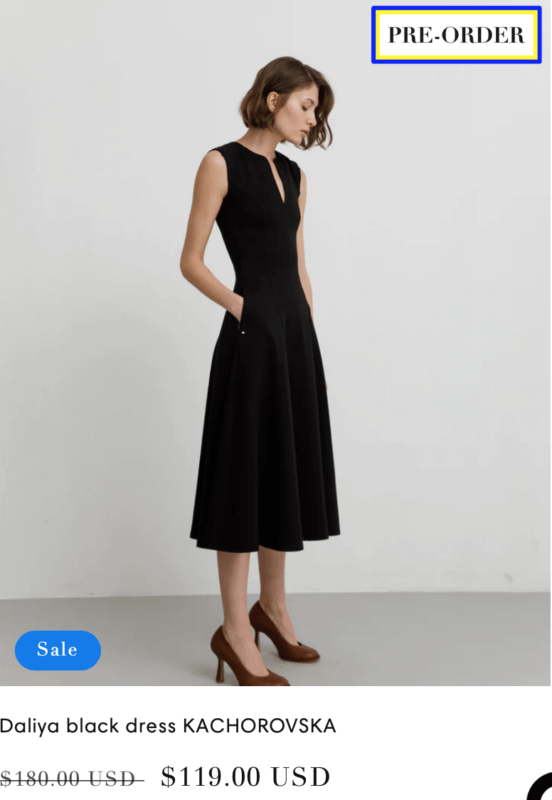 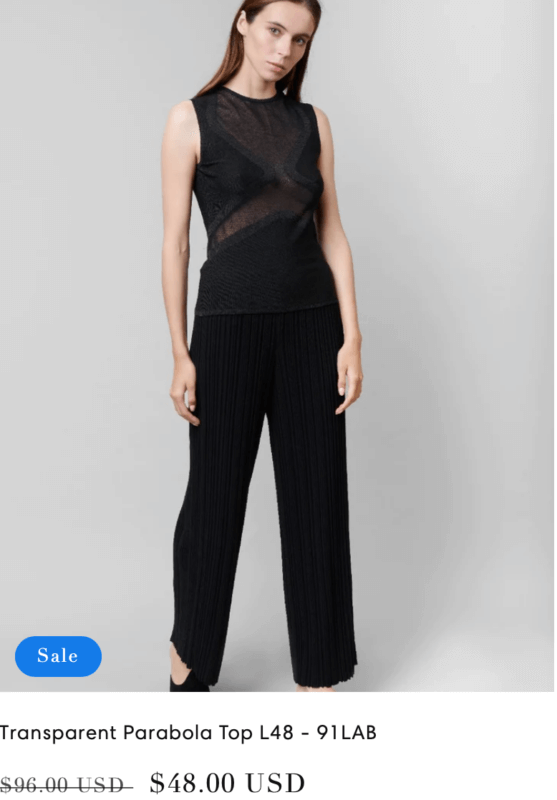 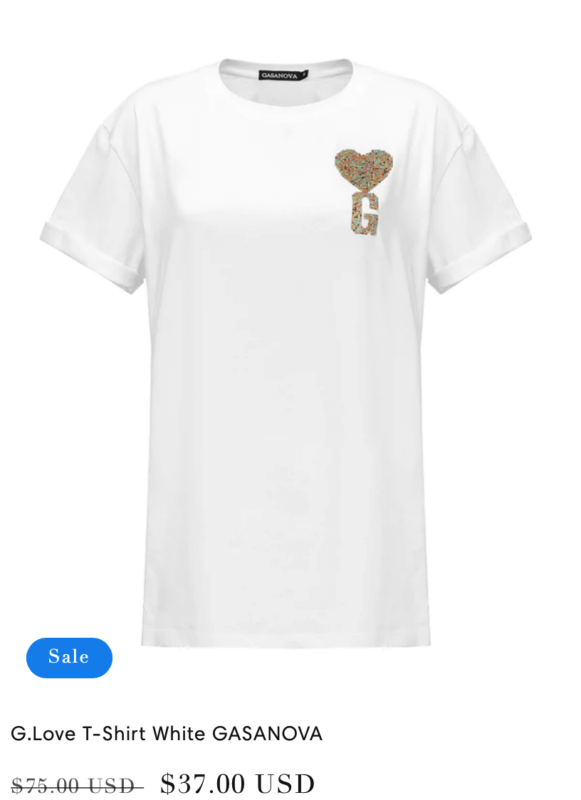 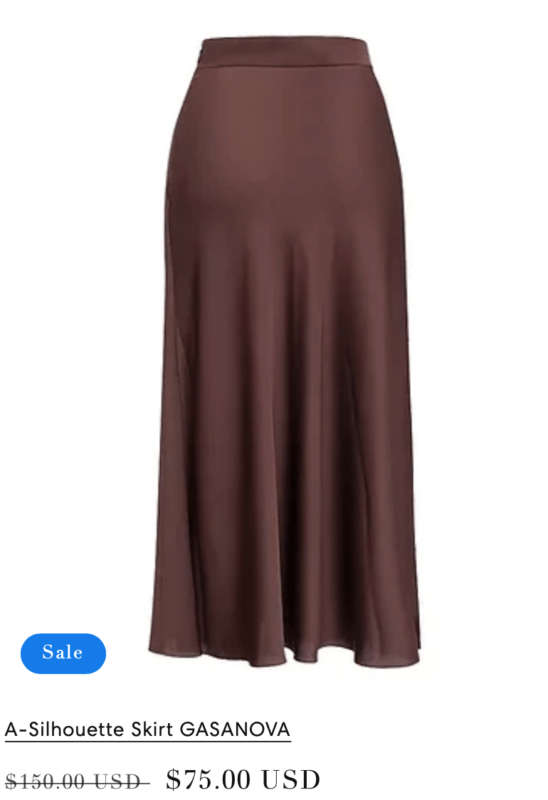 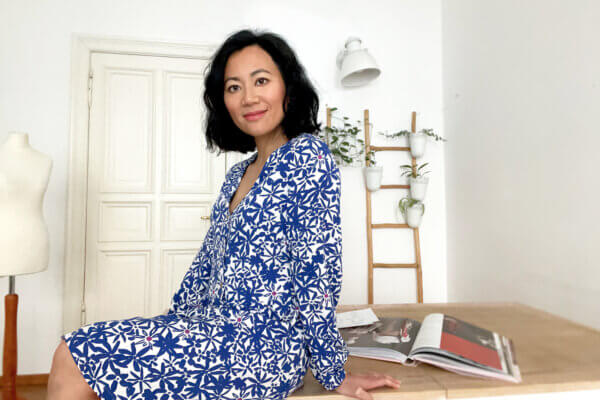 Your Signature Style – the freedom to be yourself